Twenty-four Oregon electric cooperative leaders participated in the National Rural Electric Cooperative Association’s annual Legislative Conference April 10-11. The group met with Oregon’s congressional delegation and key House and Senate committee staff. The following photos tell some of the story of their journey to the nation’s capital. 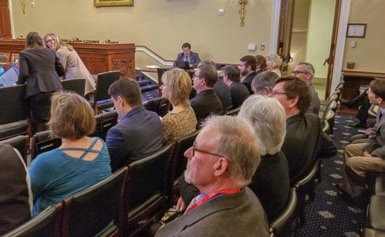 Clockwise from above: Oregon co-op leaders discussed a variety of issues with Sen. Jeff Merkley, center, including efforts to bring rural electrification projects to Africa. Merkley recently returned from a fact-finding mission from sub-Sahara in Africa. Greg Walden, chairman of the House Energy and Commerce Committee, talked about his recent efforts to help pass legislation to streamline vegetation management for utilities—an ORECA priority for more than 10 years. A group of Oregon cooperative leaders prepared for a crucial House Resources Committee vote on H.R. 3144 to take operation of the Columbia River System out of the courtroom and into the hands of management agencies such as the U.S. Army Corps of Engineers. Photos by Ted Case 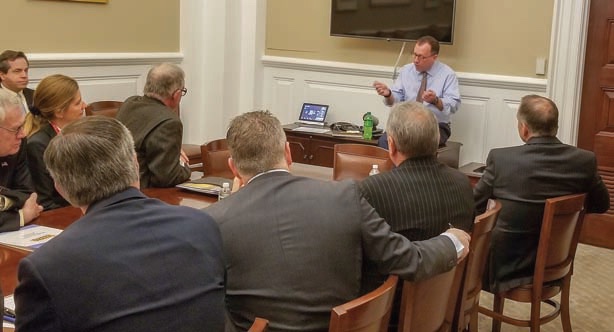 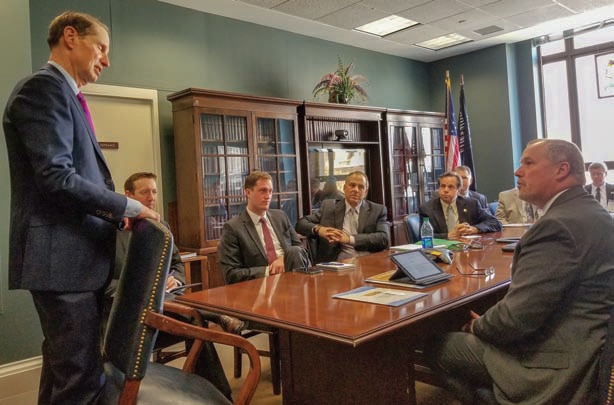