It was a Valentine’s Day weekend most would rather forget. After a relatively mild winter, Mother Nature unleashed a storm that pummeled the Portland metro area and the upper Willamette Valley.

Salem Electric, which had approximately 8,500 members without power at one point, was aided by crews from Central Electric, Blachly-Lane, Lane Electric, and Central Lincoln PUD.

“There is no way we could have accomplished our restoration without their great help,” said Tony Schacher, Salem Electric manager. “It took grit, determination, and persistence.”

According to Gillen, CPI’s vast territory had multiple areas with 10 to 20 broken poles. Because of the extreme number of trees and limbs on the ground, access was often limited.

“It is going to be slow and difficult progress,” Gillen said in the immediate aftermath of the storm.

One week after the storm hammered CPI’s service territory, power was restored to all CPI members.

West Oregon Electric Co-op crews worked around the clock to restore power to the small, heavily forested communities in Clatsop and Columbia counties. Four days after the storm, crews had restored electricity to all members. 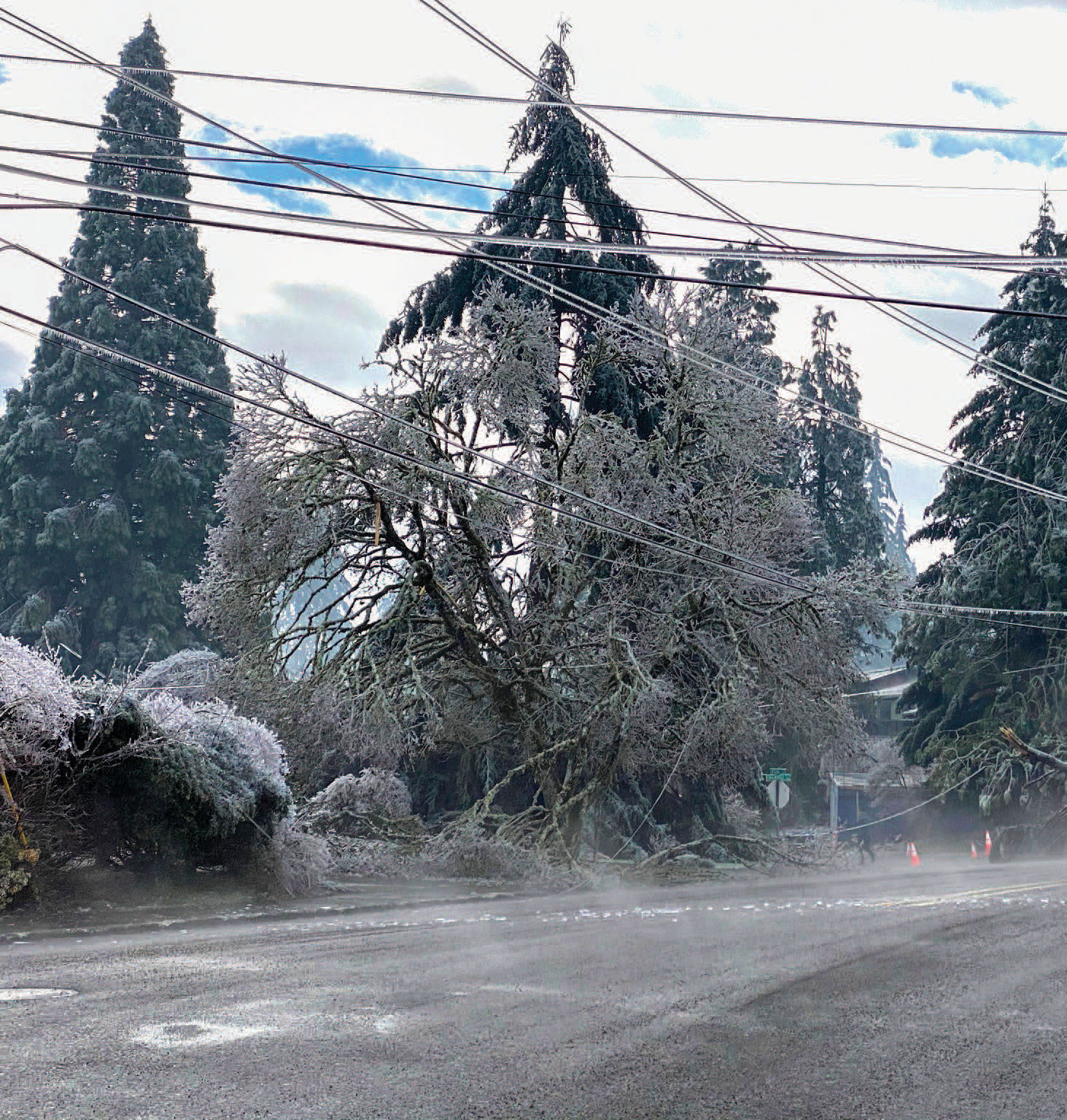 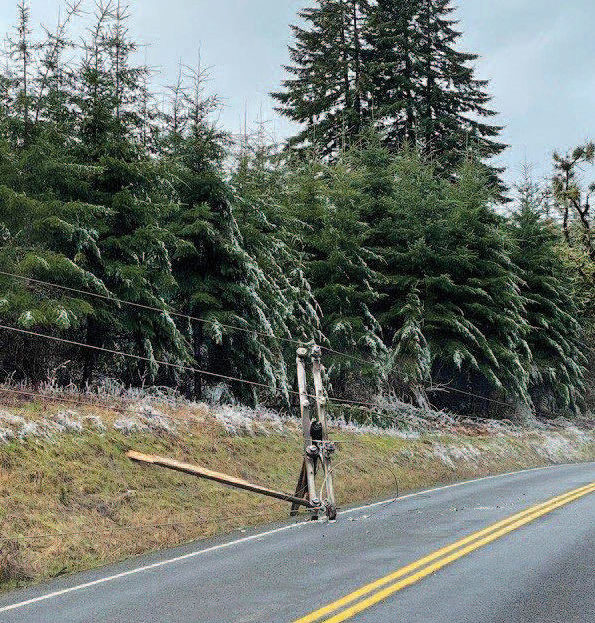 Consumers Power faced vast destruction in its massive service territory, with more than 100 poles down. Photo by Roman Gillen