Held at Salem Convention Center, the meeting welcomed a wide range of speakers on topics from cybersecurity to electric vehicles, and a legislative discussion with State Rep. David Brock Smith.

Brock Smith (R-Port Orford) and State Rep. Pam Marsh (D-Ashland) were named ORECA’s Cooperators of the Year for their efforts to pass HB 2654 to enhance the deployment of broadband in rural areas.

“No two men have sought the spotlight less and done more for their electric co-ops,” Case said during the ceremony.

Case also honored Wasco Electric Director and ORECA President Bob Durham with the prestigious ORECA President’s Award for his role in navigating the association through the pandemic.

At the board meeting on October 21, Durham stepped down after the customary two years as president. 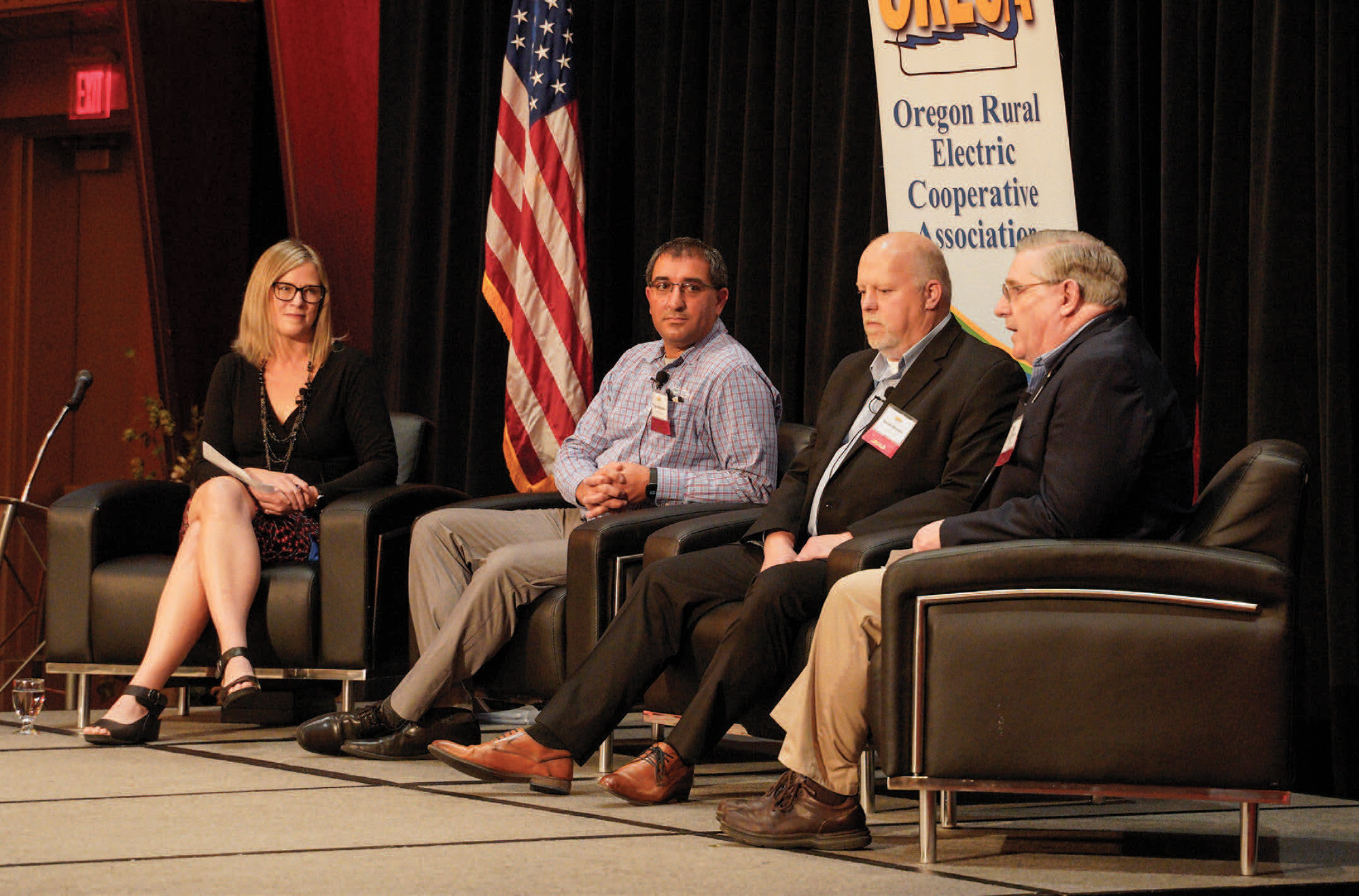 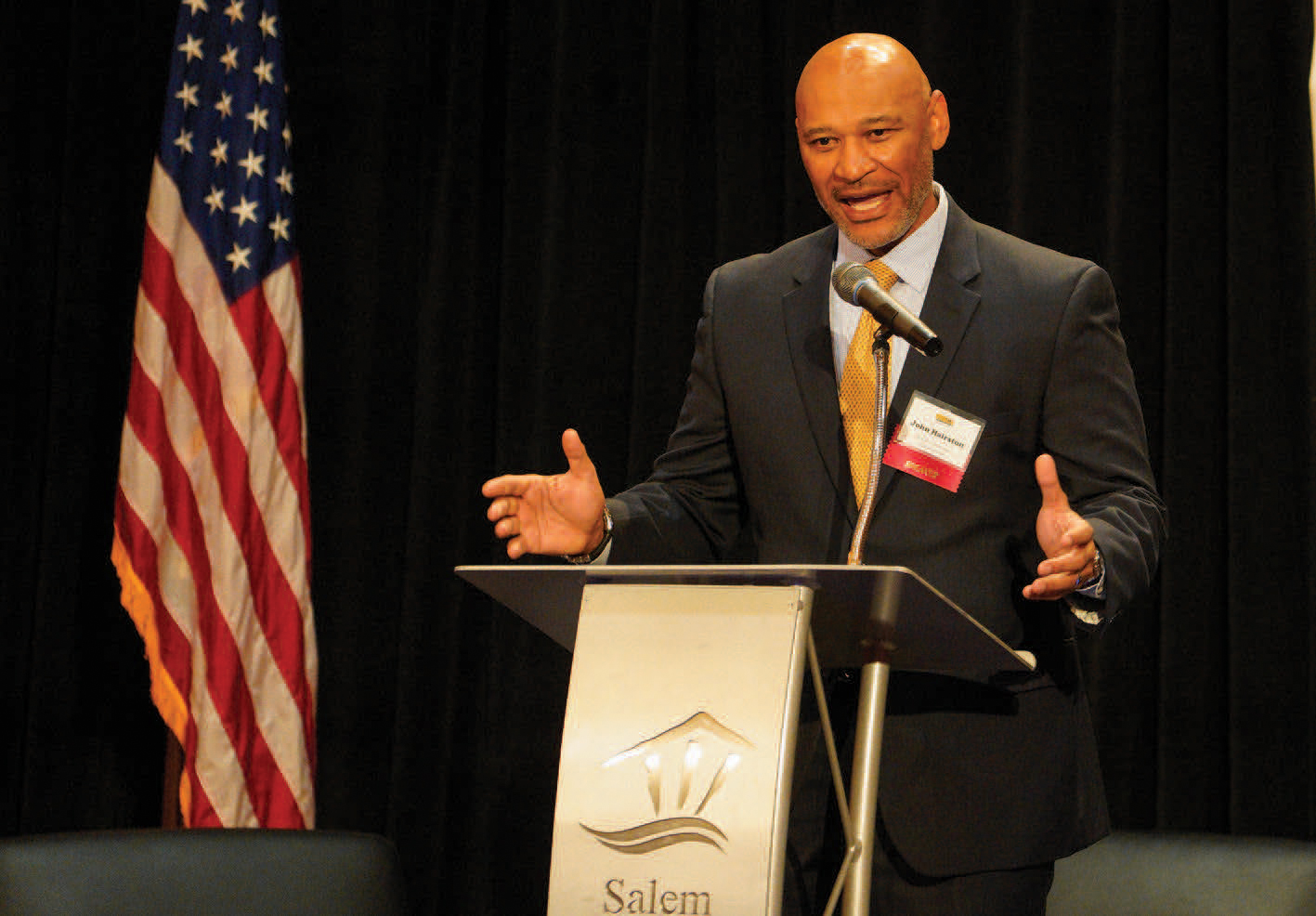 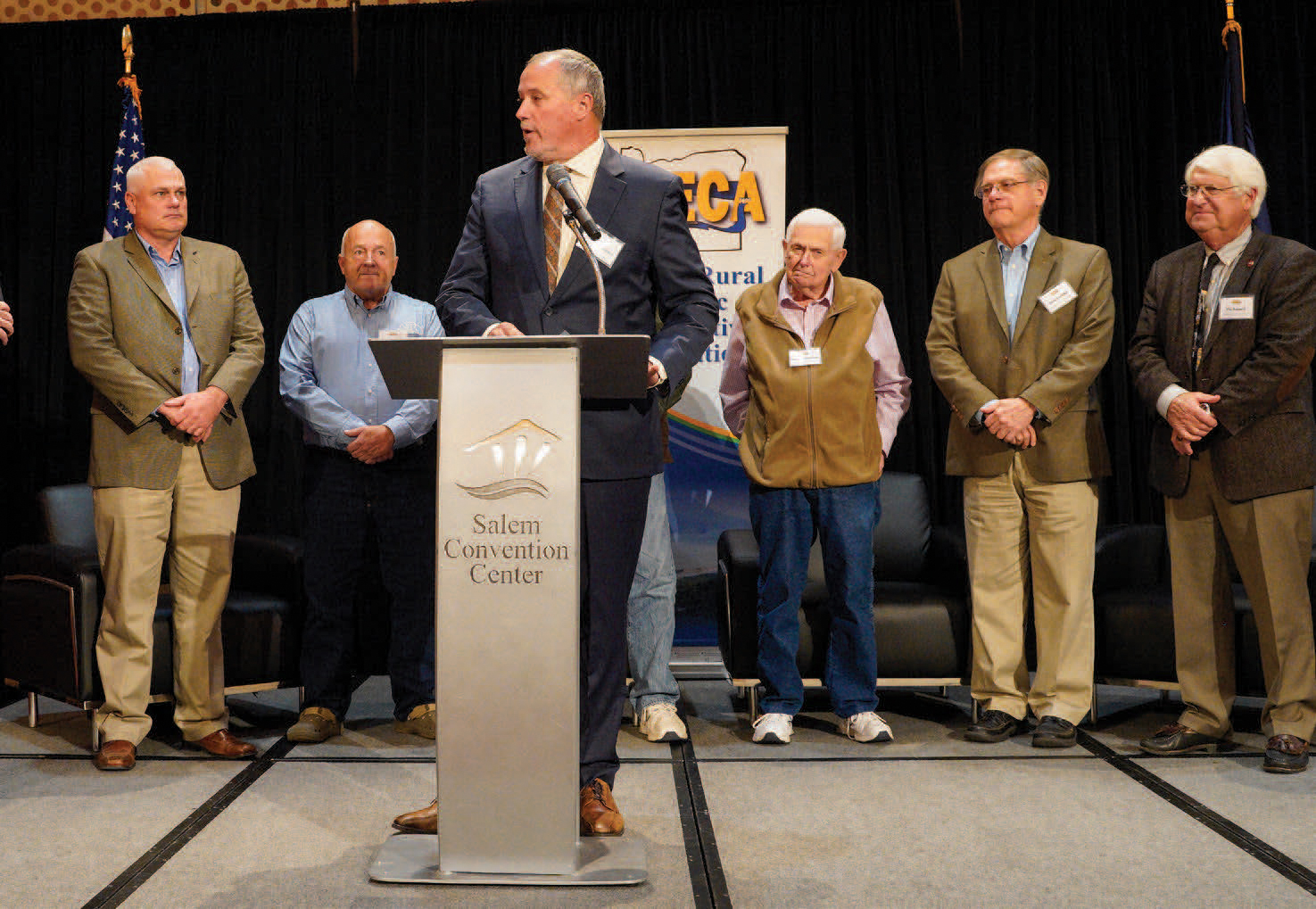 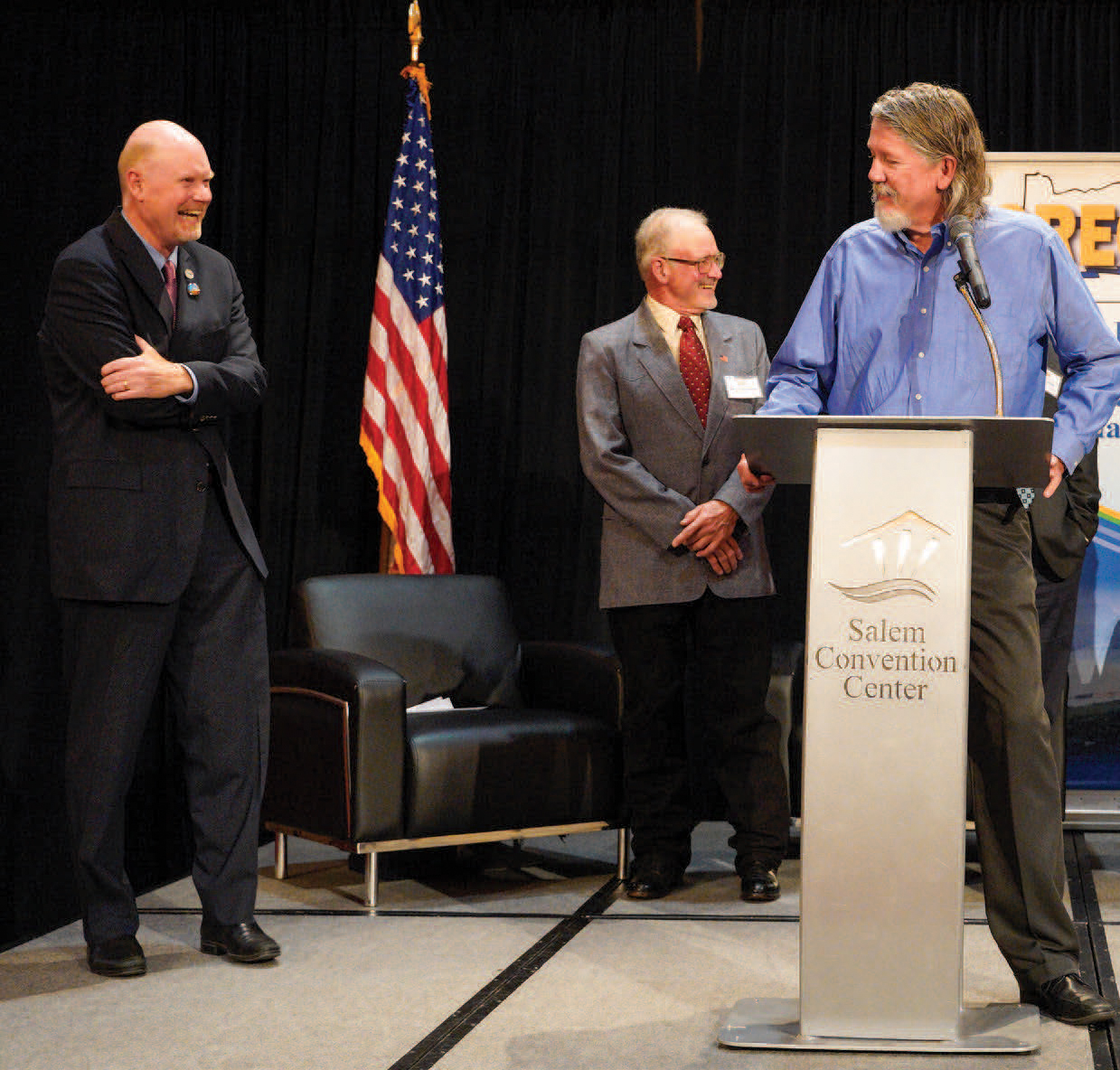 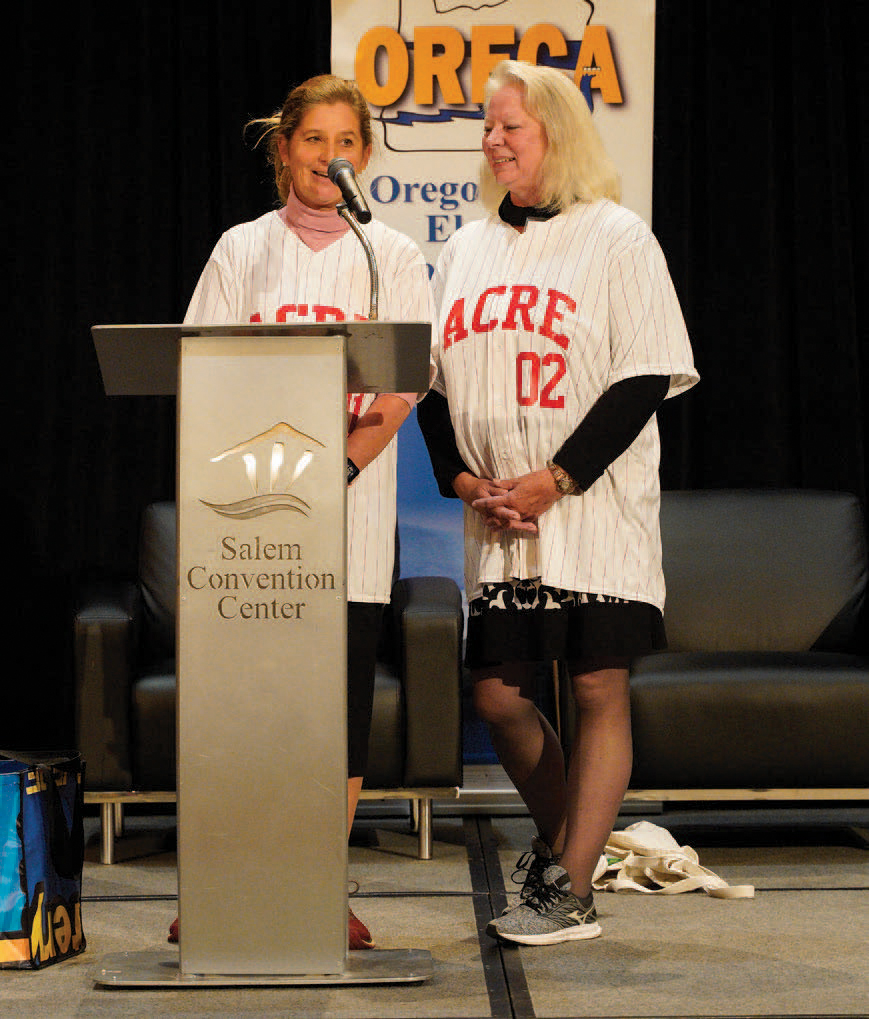 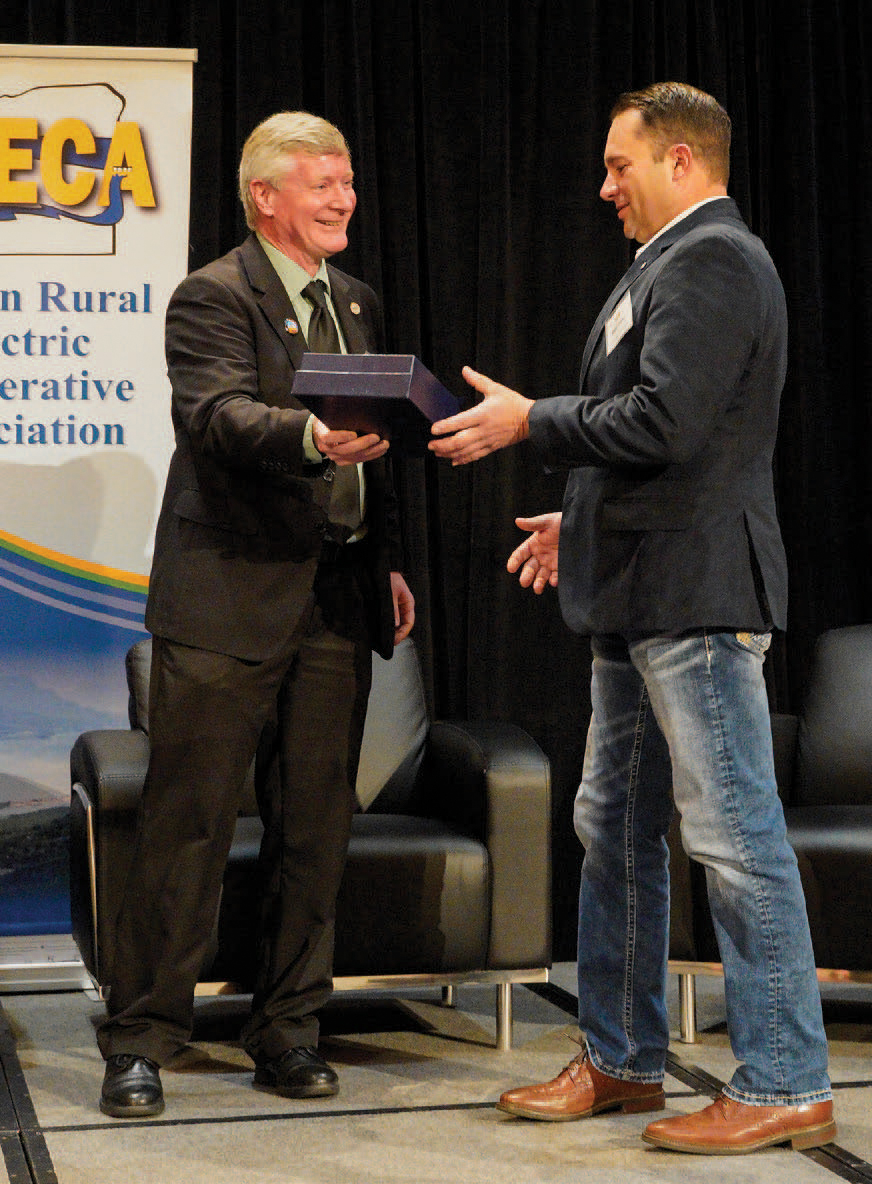