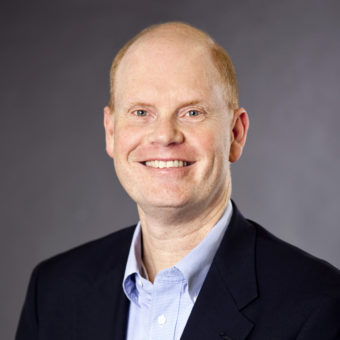 Not one of the several hundred attendees of the National Rural Electric Cooperative Association Region 7 and 9 ACRE breakfast in October believed anything extraordinary was going to happen.

For those who are veterans of such meetings, the hour was expected to consist of bacon, eggs and a litany of state reports on progress with our political action committee. It’s an important breakfast, but honestly the only anticipated drama is how runny the eggs are.

The meeting certainly had a pall hanging over it. Only days before, we had received an update that our good friend Mike Peterson, the manager of the Utah Rural Electric Association, suffered a relapse of brain cancer. The prognosis was not promising.

Mike is a beloved figure in our program—a wonderful family man who worked his way up from lineman to being one of the effective political advocates in the country. He has been a mentor to many statewide managers, including me. The news of his relapse was sudden and devastating, with many of us at a loss of how to react.

Then something happened on the way to the microphone that morning. Someone decided not to give a state report, but rather to express what Mike has meant to them. It was an absolute inspiration, and the reason why the electric cooperative program is like none other.

What followed—from speaker after speaker—was a heartfelt, spontaneous celebration of Mike’s extraordinary life. I was honored to be a part of it, though I wish I was half as eloquent as my colleagues. Those of us who know Mike well—and even those who don’t—realized they were part of a special moment. I noticed an NRECA staff member using her cellphone to take video of the speakers.

She had. Thanks to the wonders of modern technology, these stories are preserved and have been relayed to Mike’s wife, Sheri, so he can view them.

Who knew that in an election year of such acrimony that a routine political breakfast would turn into something so profound. It is a testament to why the strength of the electric program is not our poles, wires and substations. It is people like Mike Peterson, who has touched more lives than he will ever know. And I am thankful that, in the most unlikely of venues, we got a chance to tell him that.