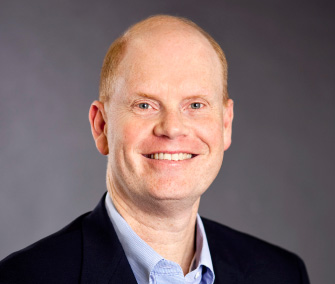 ORECA turned 75 years old this year—a landmark we will celebrate this month at our annual meeting. In preparation for the celebration, I came across photos of our founders— stoic, ramrod straight and full of resolve. I do not know their stories, but from their photos I can tell for certain they are men of grit and substance.

These men built their electric cooperatives out of nothing because no one else wanted to serve them. Who would want to bring electricity to a bunch of sagebrush or rugged coastline?

Then, in 1942, these men decided they needed a statewide organization to represent them in Salem and Washington, D.C. In 2009, I inherited what they built.

While I have only been around for nine years as executive director—a veritable newbie by electric cooperative standards—I have been associated with them for more than 30 years from my time as an aide to Congressman Robert F. (Bob) Smith and legislative representative for the National Rural Electric Cooperative Association.

The issues have barely changed: protecting the priceless federal hydroelectric system and the autonomy of our locally elected boards of directors.

While it is gratifying to prevail on legislative issues in Salem and Washington, D.C., it is not half as satisfying as the friendships I have made with Oregon electric co-op leaders throughout the years. The rural electric program remains full of committed community leaders who are driven to do the right thing every single day. In an age of cynicism and polarization, they remain remarkably upbeat and optimistic about the future.

It would be easy to be otherwise. For as long as I can remember, rural Oregon has been an afterthought for political leaders from Portland. Our co-ops fight hard for economic growth in their territories, but it is a Sisyphean struggle. The infrastructure is lacking or the requisite jobs skills cannot be found. But they continue to do the best they can to provide affordable, reliable electricity to their members—despite the best efforts of some to make the hydroelectric system less affordable and less reliable.

Perhaps in 75 years, another ORECA executive director will find photos stashed away of co-op leaders from the turn of the century—the men and women with whom I have been honored to be associated. They will not know their names or their stories. But one look will tell the whole story. These people, they will say, have grit and substance.